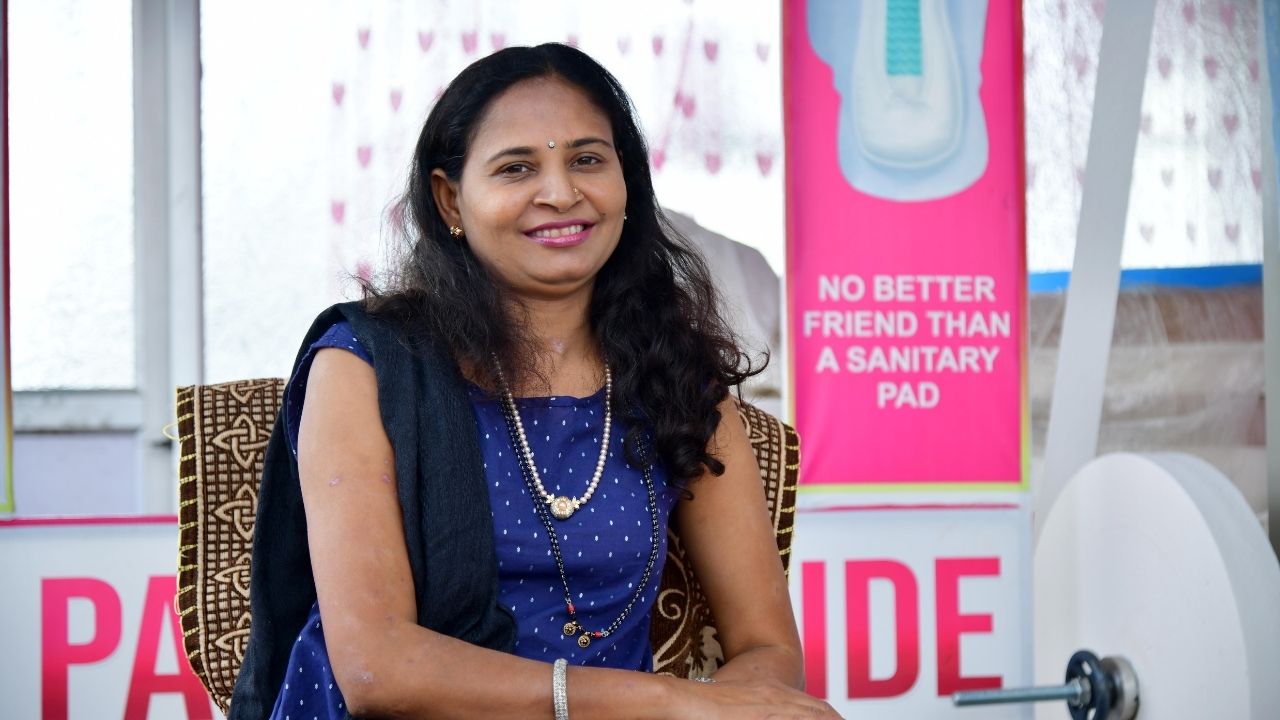 "My dream is to convert Koppal into a 100% pad using district."

When Bharathi Gudlanur watched Pad Man, a movie starring Akshay Kumar in 2018, little did she know that she herself would make the leap from being a homemaker to Karnataka's own Pad Woman over the next three years.

A BCom graduate from Koppal town, she worked with NGOs in Kolar district and later with a private firm in Hosapete.

"I watched Pad Man on my relative's advice. The story of the rise of an ordinary man into a successful entrepreneur was etched into my mind and so did the need of providing pads to women. I decided to launch a unit to produce eco-friendly pads and become an entrepreneur," she adds.

"My research revealed that out of 1,000 such units in India, 99% of them had shut down due to the lack of market. I vowed to make this a successful venture. My aunt Manjula lent Rs 1 lakh, with which I launched Sangiene (the word is a combination of sanitary and hygiene) Pink Pad unit on October 2, 2018 with a staff strength of eight women," she says.

"There were no buyers. Merchants wanted only branded pads for sales. Low-cost pads were already available in the market. I seriously doubted my entrepreneurial skills. Handmade production had led to an increase in the production cost," she says.

So she installed a semi-automatic machine and cut down the workforce.

At the same time, she surveyed local villages to know the availability and use of sanitary pads.

"Only 18% women used pads in villages due to the lack of availability. Neither teachers nor mothers educated girls about menstrual management. I decided to tap into this lacunae," she says.

"I identified women in villages for pad distribution. I employed some of them for folding of pads by offering Rs 100 for 1,000 pads. Some private companies helped me sponsor free pads. This helped in competitive pricing," she says.

During the first lockdown in April 2020, Suma Gadigayya Hiremath, a high school girl from Hosalli village, wrote to Bharathi pleading for the supply of menstrual supplies.

The then Women and Child Development Minister Shashikala Jolle ordered the district administration to clear hurdles for distribution after the media reported the incident.

Bharathi met the then deputy commissioner P Sunil Kumar requesting funds and permission for the distribution of pads.

"I tweeted and tagged Akshay Kumar and expressed my desire to become Karnataka's pad woman. His prompt reply evoked support from abroad," she recalls.

"For the middle class, one pad is priced at Rs 8, for weaker sections Rs 5. Production of one pad costs Rs 6.50. This price structure works out for me," she says.

Now the district administration has identified one village in every constituency for free distribution. She has also installed vending machines at 10 places. She has been supplying pads to over 25,000 women in Koppal, Dharwad and Ballari districts.

"I have invested Rs 35 lakh and will achieve the break-even point soon. My dream is to convert Koppal into a 100% pad using district," she says. 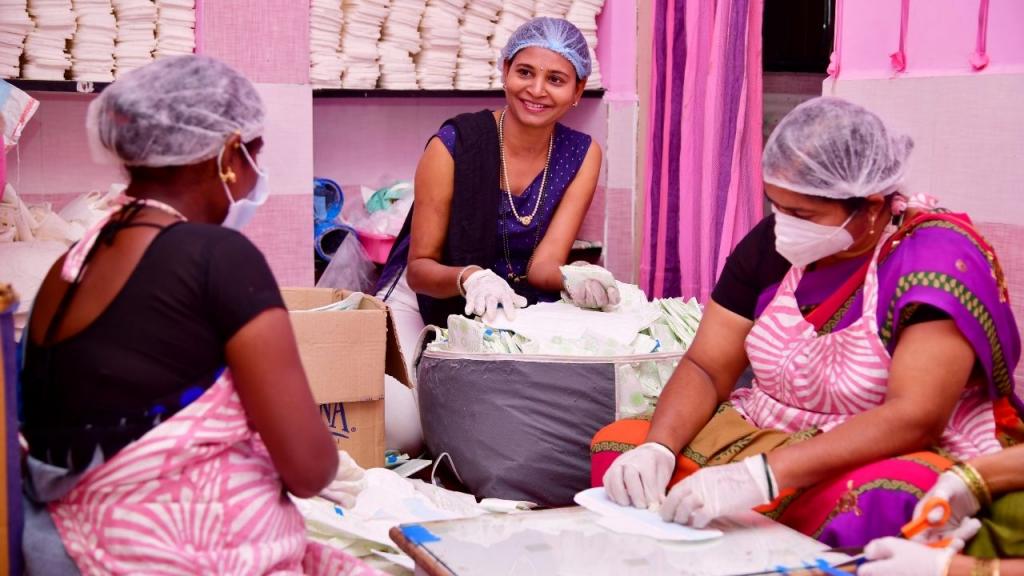 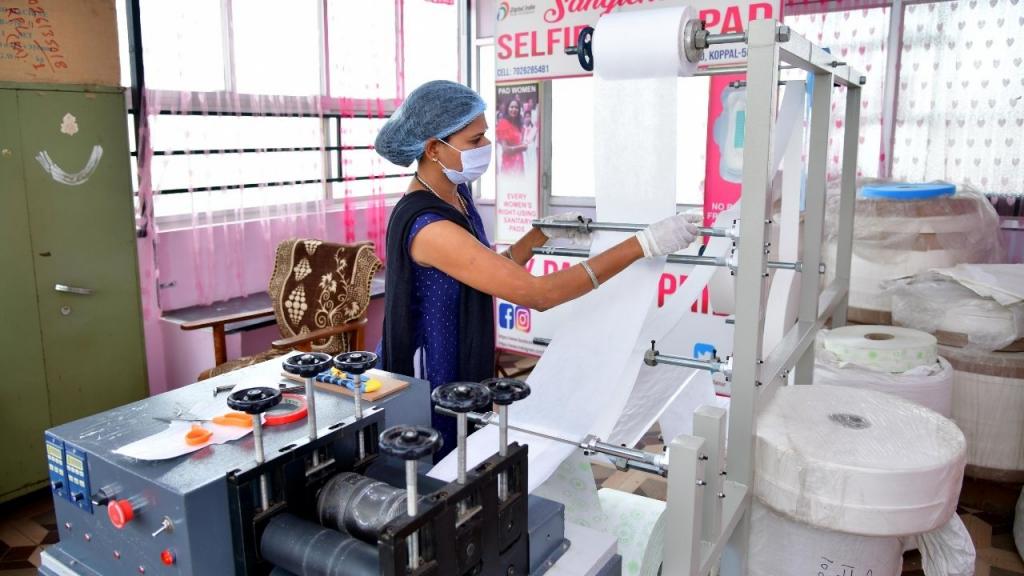 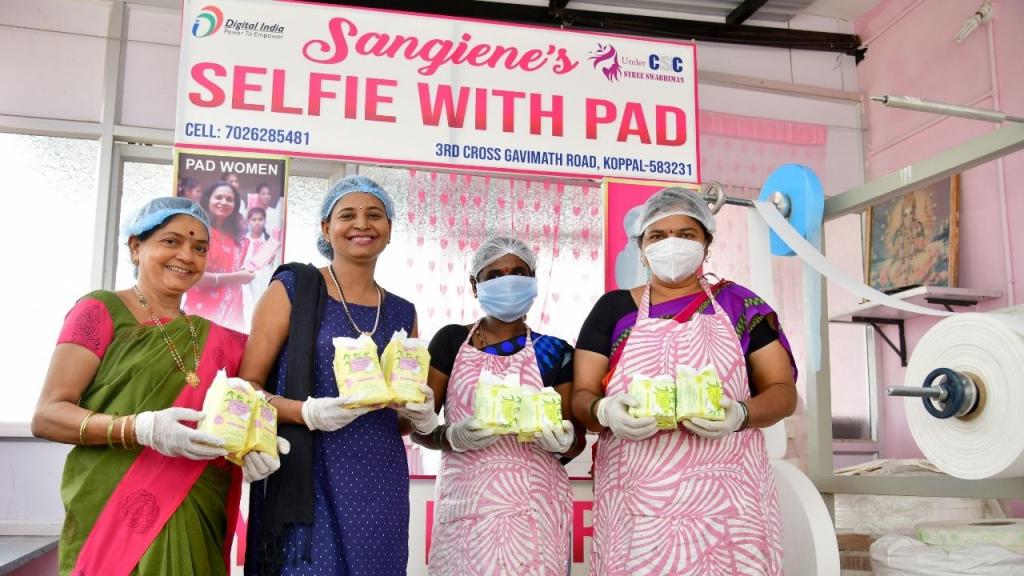 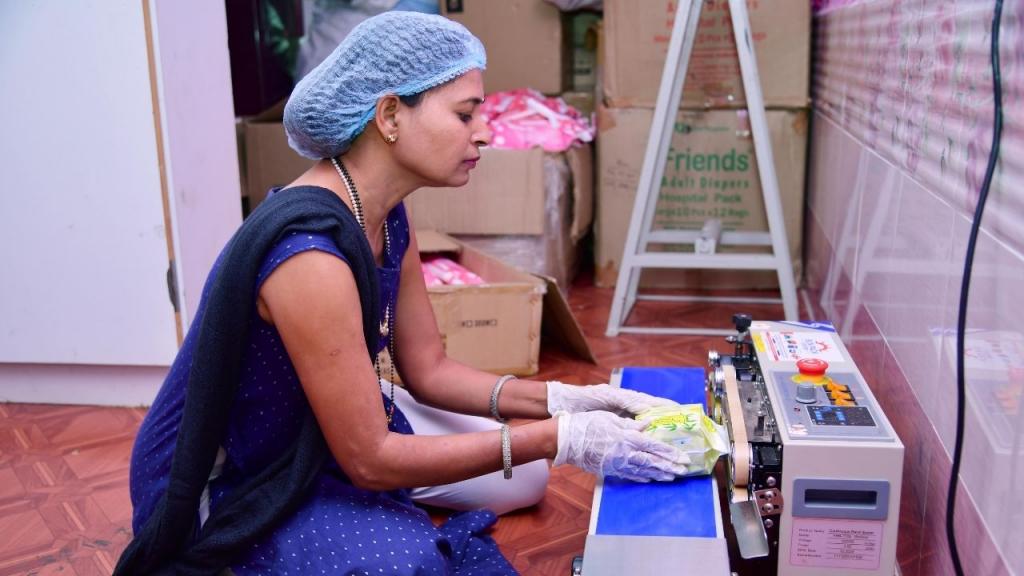