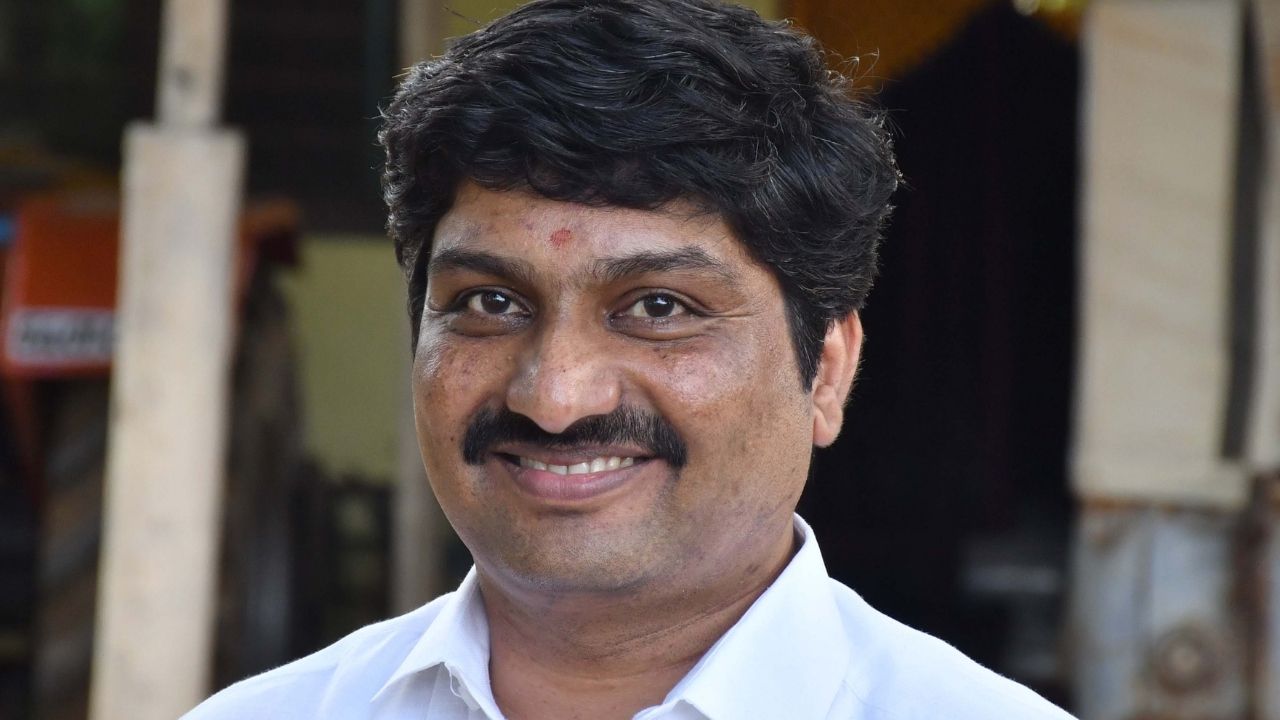 “I would tell them that digestion happens in your stomach, and you go and kneel in front of god with your stomach, what is the problem with this?”

For the last seven years, Paravva (65) has hardly used firewood or LPG to cook food or heat water for bathing. The biogas plant in her backyard meets the cooking fuel needs of her family of eight.

She credits this transition to 41-year-old Dayanand Jagadish Appayyanavarmath. This organic farmer-turned-entrepreneur has supported over 500 families in Belagavi's Bailhongal taluk to shift to clean energy.

The biogas, which converts faecal sludge and cattle slurry to energy, has also successfully tackled the problem of open defecation in these villages.

"The increase in liquefied petroleum gas (LPG) price doesn't hurt us anymore. We save on electricity as the energy is used for lighting lamps and heating water as well. More importantly, our health has improved to a great extent," says Paravva.

Dayanand started mobilising people after the Total Sanitation Programme of the Rural Development and Panchayat Raj Department initiated in 2008 failed to yield the desired results.

Open defecation on vacant fields had led to a series of problems in the region such as environmental pollution, health issues and water contamination. A portion of Dayanand's farm had become unfit for cultivation due to this. Punishments like 'shame walk’ or subsidies to construct toilets did not help.

Dayanand saw a solution for this problem in biogas. His family has been using biogas for decades. Installing biogas would save money for villagers and protect them from health hazards, he thought.

Initially, it proved difficult to convince people. Talking about defecation, generally considered taboo, was difficult. They were in no mood to listen about the merits of toilet construction and the use of biogas, particularly because it involved human waste.

After much effort, three families hesitantly agreed and within months they found it beneficial. When these houses became energy self-sufficient, others showed interest and today, over 500 houses have followed suit.

For Manjunath Ganagi and his family of six, installing a biogas plant in their house that runs on faecal sludge, that too for cooking, was difficult to stomach at first. “It took 2-3 months for him to convince us. But now four years later, our dependence on LPG has come down. There is no foul smell and we are happy that we listened to him,” he says.

The waste from the toilets is collected in a biogas digester along with cattle slurry. Apart from providing cheap and easy cooking fuel, it is also used to light LED bulbs and power small generators and pump sets.

“In the case of normal biogas plants, with cattle slurry and vegetable waste, there is a possibility of introducing alkaline matter which will reduce the amount of methane produced. These plants utilise animal and human waste, and the methane production will be higher,” says Mahadev S Patil, a programme manager at Navyadisha Trust that conducts research on sanitation and biogas solutions.

“He has converted a problem into an opportunity to provide energy. The slurry produced in the biogas unit can be used as a fertiliser as well,” says Patil.

In recent years, more people are approaching Dayanand to get biogas digesters installed. While initially, he hired construction workers to make the units from bricks, the model didn't work well with all types of soil. "Now, I recommend ready-made units," he says. 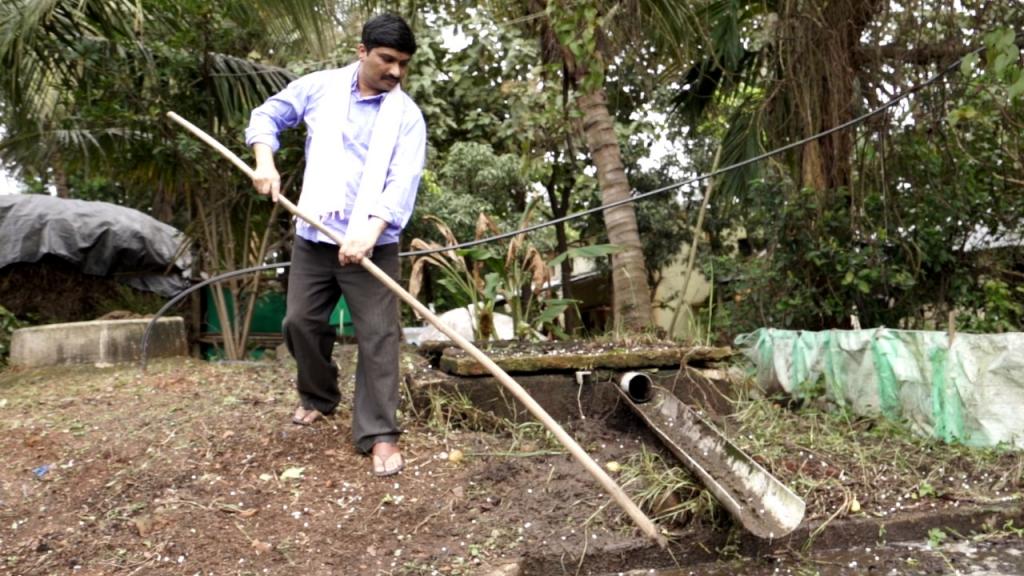 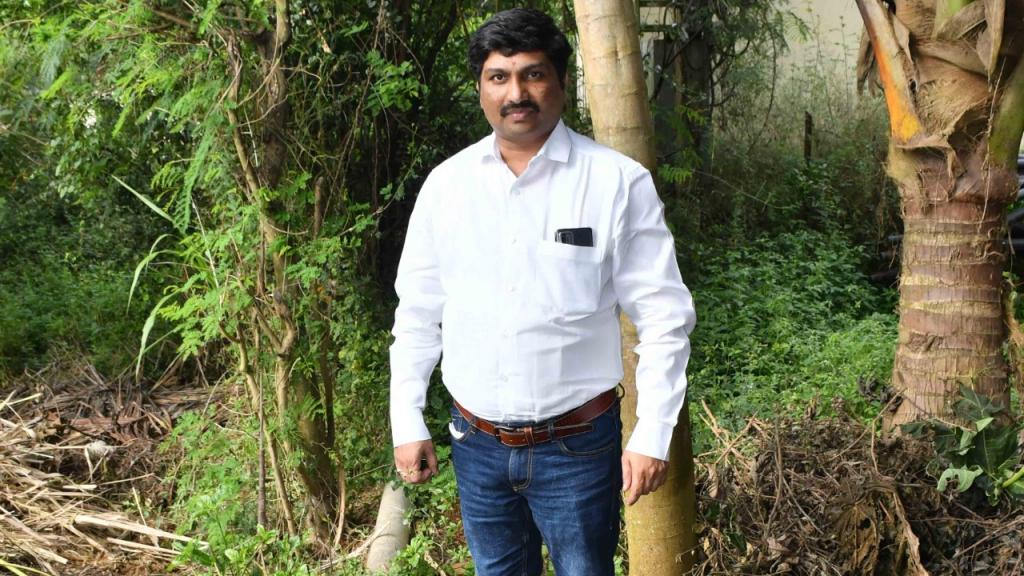 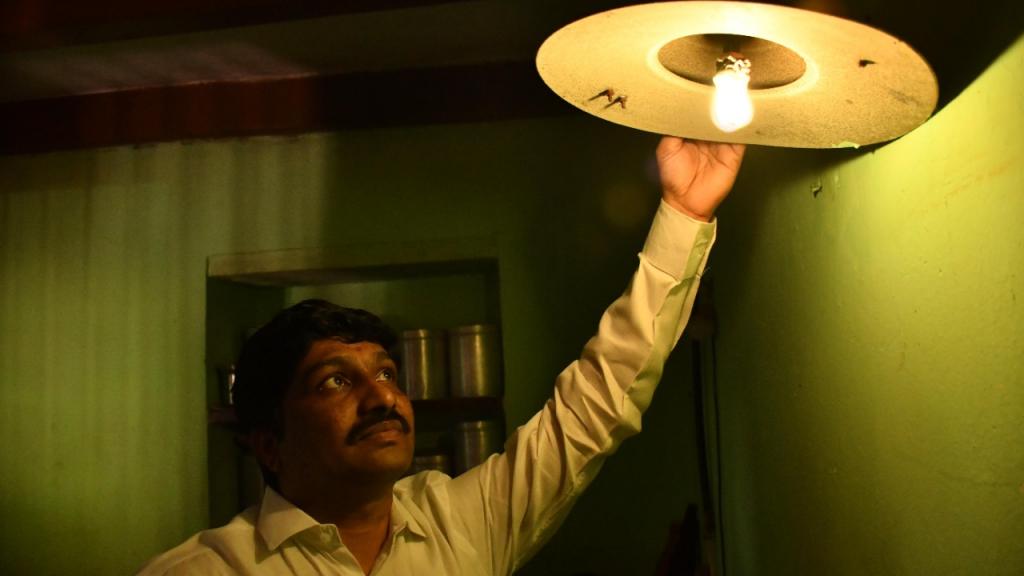 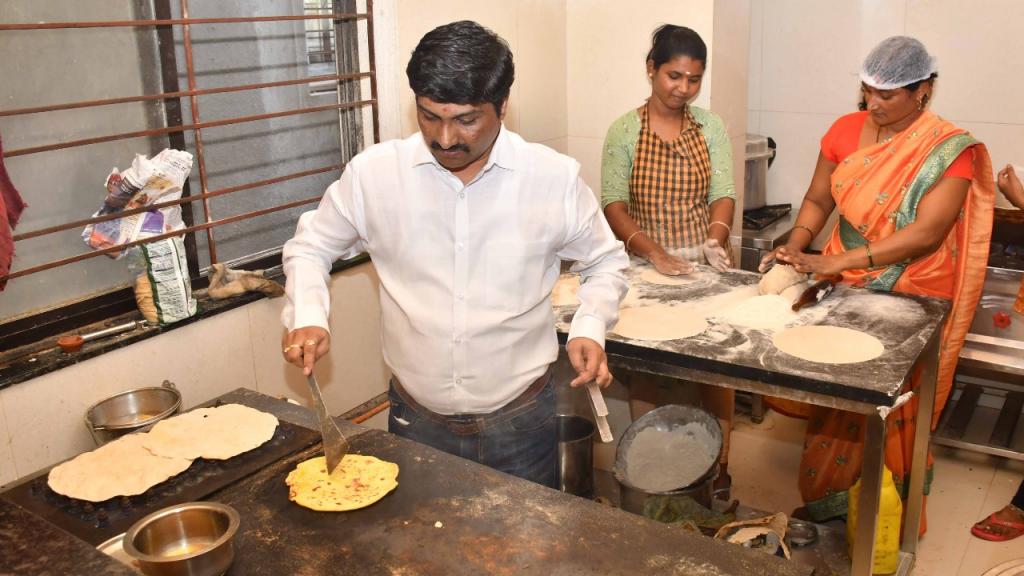 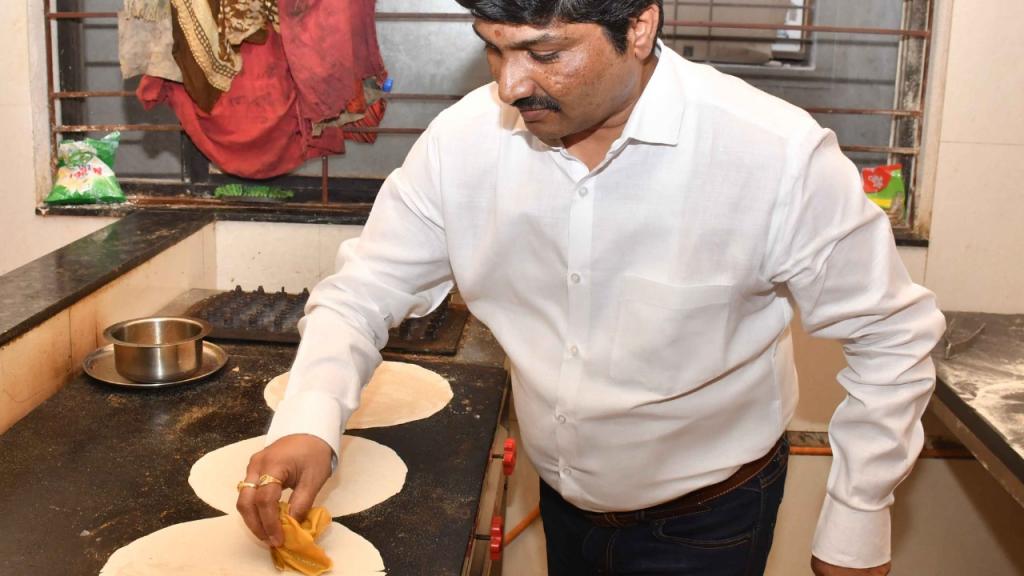