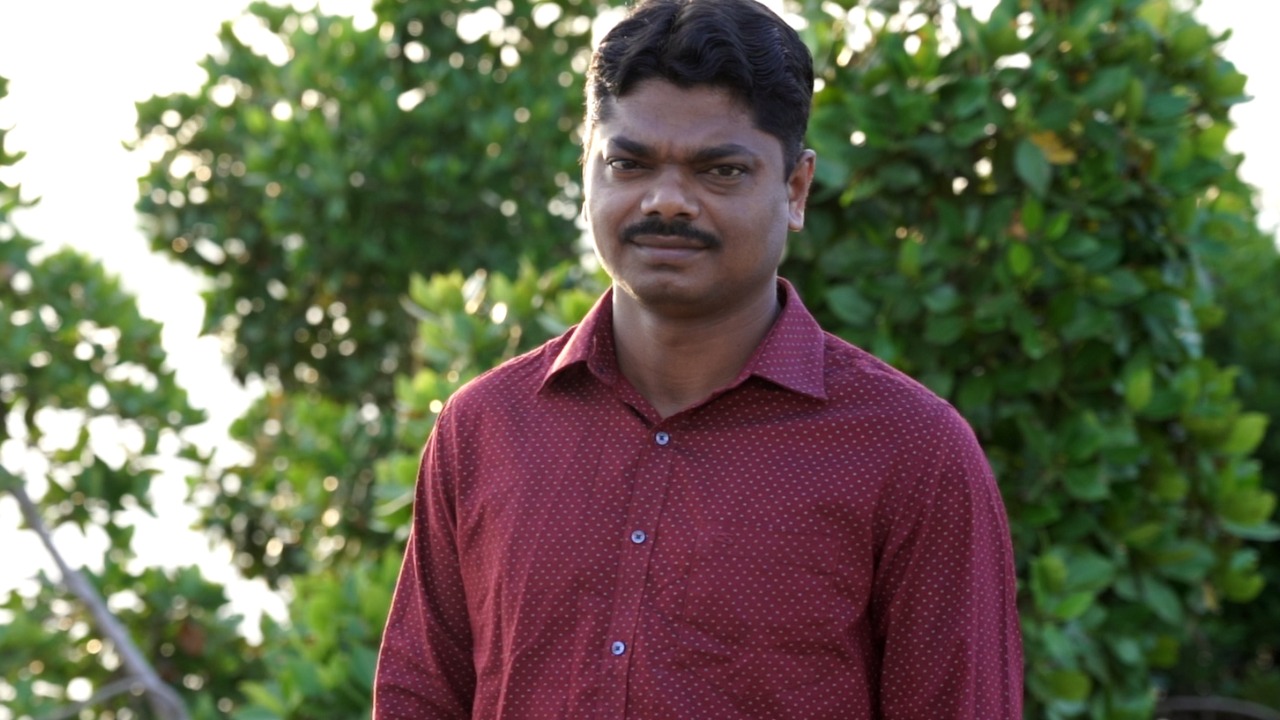 "I will always support activists and members protesting against all the ‘development’ work that is detrimental to the environment and my people."

As a young man, Maruti Gouda found it hard to come to terms with the deaths in his community going unnoticed. Many clam diggers who dived into rivers or the sea to collect bivalves lost their lives.

Today, as a 32-year-old activist and researcher, Maruti has ensured that the family members of the deceased get a compensation of Rs two lakh from the government.

He is also fighting to revive traditional clam harvesting in his village along the Aghanashini river in Kumta, Uttara Kannada.

Just five to six years ago, nearly 4,000 families along the Aghanashini used to harvest clams for a livelihood. During the low tide, almost every adult in the village was out collecting clams.

While women stuck to the river bank, many men ventured out into the sea to dig for the clams, including the rare blue bivalves hidden under rocks 15 - 20 feet deep in the sea.

“Many people have died of heart attack, asphyxiation while collecting bivalves,” says Maruti.

However, unlike the fishermen, who get compensation for death while ‘on duty', the clam collectors — a majority of whom are categorised as Scheduled Tribe — never used to get any support from the government.

“In fact, they (fishermen) never considered us as part of their community,” says Maruti. “While the government was willing to include us in the fishermen community and provide us with the benefits, the powerful fishermen unions of Tadadi and Kalaga lobbied hard to ensure that we remained deprived. The unions also refused to give us a no-objection certificate to start a bivalves-fishermen union,” he adds.

It was then that in 2014, Maruti, along with some like-minded youth in the village joined hands and started the paperwork to set up ‘Balachu Sangrahakarara Sangha, Aghanashini’ (Bivalves Collectors Union, Aghanashini).

Six months into the fight, the government agreed to one major demand: compensation for the kin of the deceased. Three other demands: loans at subsidised interest rates, support price to procure boats and other equipment, and a dedicated educational scholarship for their children are still pending.

Santosh Gouda, a member of the Sangha, says Maruti was relentless in pursuing the matter with the officials concerned.

Ganapathi Gouda, whose brother Beera Gouda died seven years ago while harvesting clam, happens to be the only family that has received the compensation as of now. “The money was utilised to provide education to my nephew and find an alternative living for my sister-in-law,” he says.

By the time one demand of the Sangha was fulfilled, the Aghanashini river ran out of bivalves. Experts blame illegal sand and shell mining and the use of chemicals by the artificial bivalve farms in upper stream areas of the river as the major reasons for clams disappearing from the river.

Coastal researcher Mahabaleshwar Bhat calls Maruti a street-smart guy who may not understand the textbook law per se, but knows how it can help people.

“Maruti has extensively used the provisions of the Right to Information Act to get details of projects that are detrimental to his people and the ecology of the river,” he says.

He gave the example of Maruti using documents obtained under RTI to shut down a shell mining operation that had encroached nearly 69 acres of land belonging to 70 farmers.

“His fight resulted in the district administration revoking the licence of that illegal miner and returning the land to the rightful owners. The farmers, who used to get Rs 60,000 a year by leasing their land for shell mining, are now earning Rs 6-7 lakh annually by cultivating prawns and fish,” says Mahabaleshwar.

Maruti, who dropped out of his degree education as clam harvesting seemed more lucrative to him then, says he understood the provisions of laws with the help of experts such as Balachandra Hegde and others.

Balachandra Hegde, an independent researcher based out of Sirsi, says Maruti is an inquisitive student.

Coming from an underprivileged community, he has the zeal and hunger to do something for his community, who were denied all government facilities that a fisherman gets, in spite of performing similar or even more dangerous work.

“Once he understood the provisions of the laws that benefited his community, he created awareness among his people and taught them how to get benefits from the government,” Balachandra Hegde he says. Hegde also calls Maruti a grassroot-level environmentalist who understands the importance of conserving the Aghanashini and its estuaries.

“We don’t need protests or blocking of roads to make the government understand the provisions of the rules. All we need is people like Maruti, who can understand the concerns of his people and show the rulers the rulebook,” says Hegde.

Savitri Patgar, a housewife, explained how Maruti’s understanding of provisions under Coastal Regulatory Zone (CRZ) helped her family renovate their ancestral house in 2014.

“While the gram panchayat sanctioned funds for the construction of our house, we were forced to get sanction from CRZ authority for the work. It was Maruti, who helped us put up our file and get permission,” she says.

So far, Maruti has helped more than 60 of the 135 beneficiaries of various government housing schemes build their houses in his village, also called Aghanashini.

Currently, Maruti is a temporary employee at a government-aided research institute. However, he says he is not yet done with social work. He continues to create awareness about legal provisions among his community — which office to approach and what documents to collect to get their work done.

With more than 600 active members in the sangha he once formed, he wishes to approach the Indian Institute of Science, Bengaluru and Karwar office of the Central Marine Fisheries Research Institute, to conduct a scientific study as to why the bivalves have ‘disappeared’ from the Aghanashini river all of a sudden and the methods by which they may be rejuvenated.

Maruti says perseverance and understanding of the laws is the most important quality to have to win any battle against the government and he has been training the members of the Sangha in this direction. 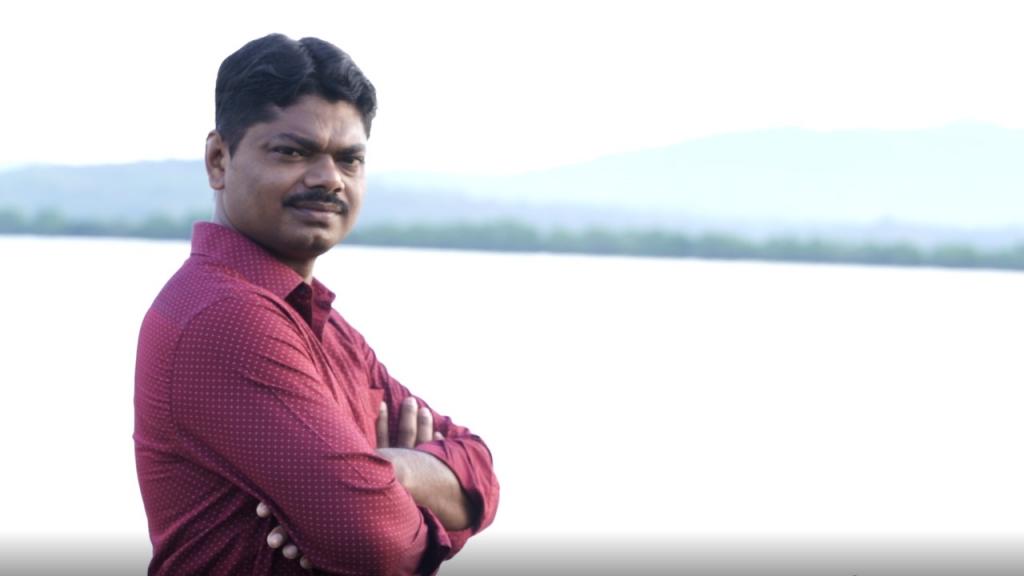 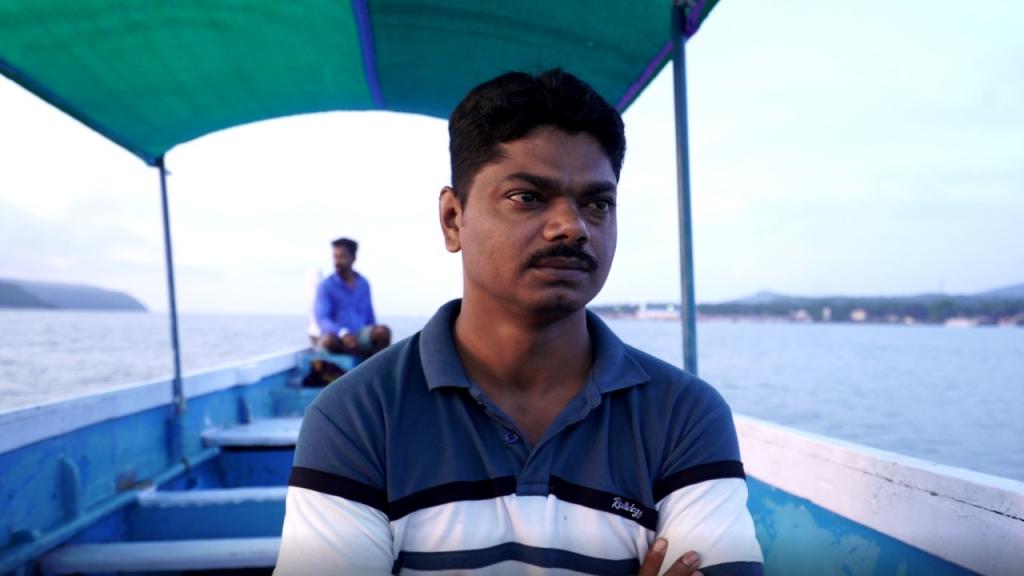