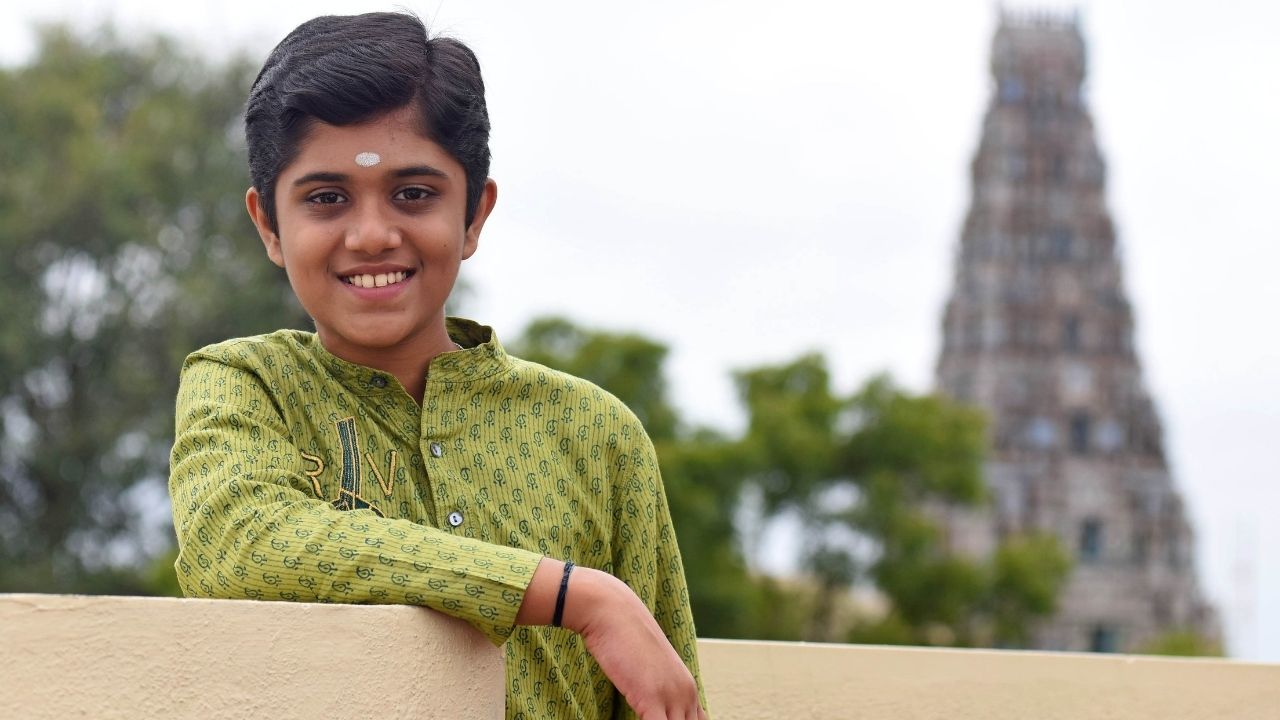 "Besides music, I love badminton, cricket and sketching"

Rahul R Vellal looks like the little boy next door learning to cycle without training wheels. But Google his name and you will know how famous he is. At 14, the Bengalurean is a sensation on the Carnatic music stage, and music buffs are marvelling at his renditions of complex compositions.

In a career spanning just six years, Rahul has performed at prestigious venues across India, completed six international concert tours, collaborated with world-famous musicians, and earned comparisons with such child geniuses as Balamuralikrishna and Mandolin U Shrinivas. Two Disney film productions feature his tracks. He is the Telugu voice of cub Simba in Lion King.

Stories about exceptional young musicians usually feature the line ‘He hails from a family of illustrious musicians.’ In Rahul’s case, the parents had no particular interest in Carnatic music. Ravishankar Vellal and Hema Shankaranarayana are software engineers, and they used to listen mostly to film songs. It had never occurred to them to attend a classical music concert.

In 2010, when Rahul was just two and a half, something unusual caught their attention. The smartphone was becoming ubiquitous, and like other children, he would play with it, but what struck them was how, after hearing a song on the phone just once, he could mumble it back, remembering the full lyrics and the tune.

“That told us he was musically inclined, and we set out to find him a teacher,” says Ravishankar, who works for IBM. It was not an easy search. The couple made the rounds of music teachers in south Bengaluru, and they were told he was too young for the rigours of classical music. Eventually, Vijayalakshmi, a vocalist in N R Colony, offered to teach him Sanskrit shlokas. Rahul began attending classes. He would jump about on the sofa and the chairs in her house as he quickly memorised what she taught. Vijayalakshmi doted on him, and loved his antics. In the process, she had initiated him into music education.

Ravishankar and Hema then approached Dr Suchethan Rangaswamy, singer, veena player and actor. He lives in Vijayanagar, and the couple began driving Rahul across town, from their flat in Hanumanthanagar, for weekly classes. Rahul gave his first concert when he was just eight. He sang for 30 minutes, beginning with Muthuswami Dikshitar’s composition Anandamritakarshini in raga Amritavarshini. The raga’s name is derived from the Sanskrit words for ‘nectar’ and ‘rain,’ and rendering it is believed to invoke the rain gods. “It rained that day,” recalls Hema.

The couple began to take Rahul to music competitions across the city, and he invariably returned with a top prize. With the traffic getting worse, they began to wonder if they could find a guru closer home. Kalavathy Avadhoot, the renowned vocalist, agreed to groom him.

In 2016, Rahul entered a contest called Sangeeta Samrat held in Chennai. It was a live contest, subsequently aired on Sankara TV. As he cleared round after round against formidable talents, he reached a stage when he had to improvise and display advanced skills. When Kalavathy heard about it, she arranged for special classes, and he spent the weeks in a frenzy, starting his practice at 5 am, and resuming it again after school hours. He reached the final and was declared the runner-up.

Rahul is now being mentored by the well-known vocalists Ranjani and Gayatri. Since they give frequent concerts, his classes depend on when they are free. The moment they get a call, the parents drive him to Chennai. Rahul’s day is packed, and he is curious about all kinds of music. He is taking mridangam and piano lessons, and classical music plays all day in the house. Hema has quit her corporate job, and is now taking care of Rahul’s training and concert schedules. The parents now listen mostly to classical music, and catch all major concerts.

How does it feel to be practising music when his friends are playing outside? “I love badminton and cricket,” says Rahul. “And I get to play them occasionally.”

Fluent in Kannada and Telugu, Rahul is now picking up Tamil. When he sang at the Bengaluru Ganesh Utsava, he presented a Purandaradasa composition for which he made the tune in raga Revati. “I enjoyed doing that. I want to do more of it,” he says. 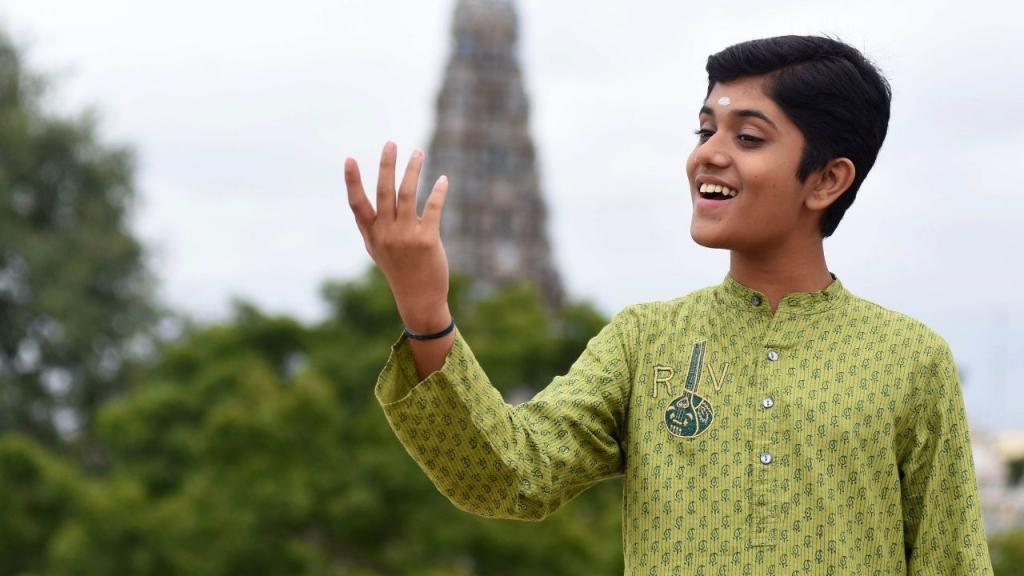 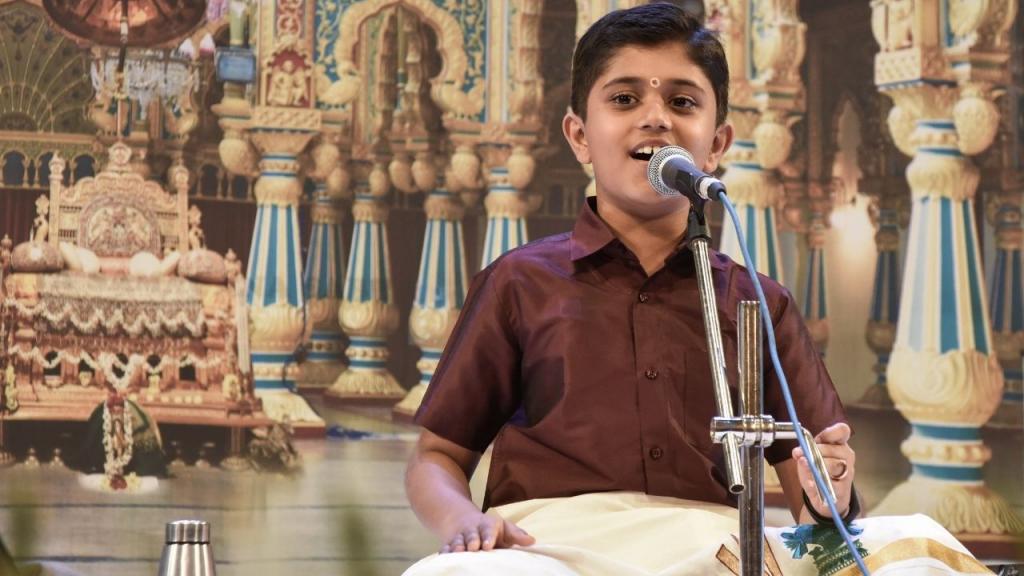 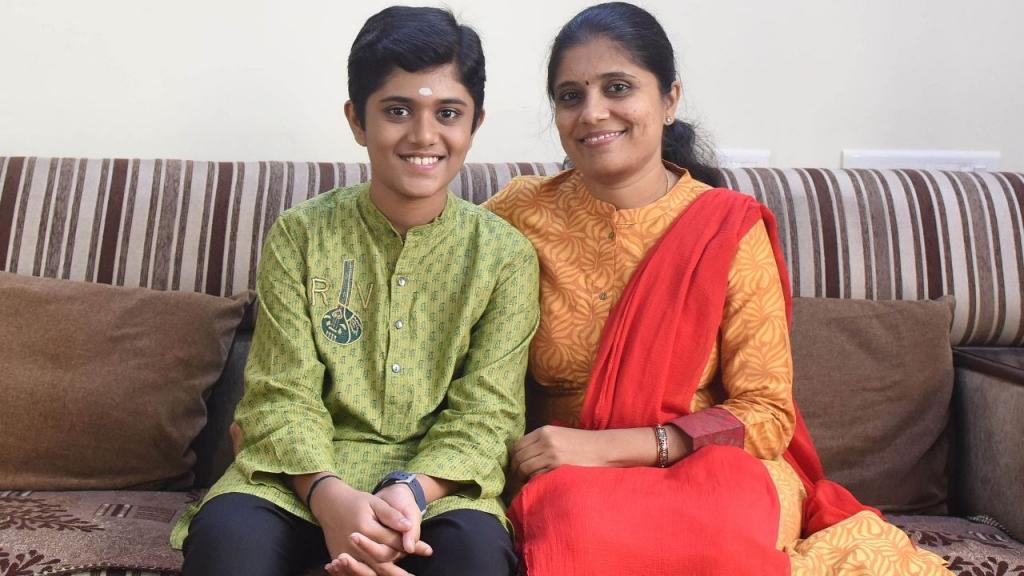