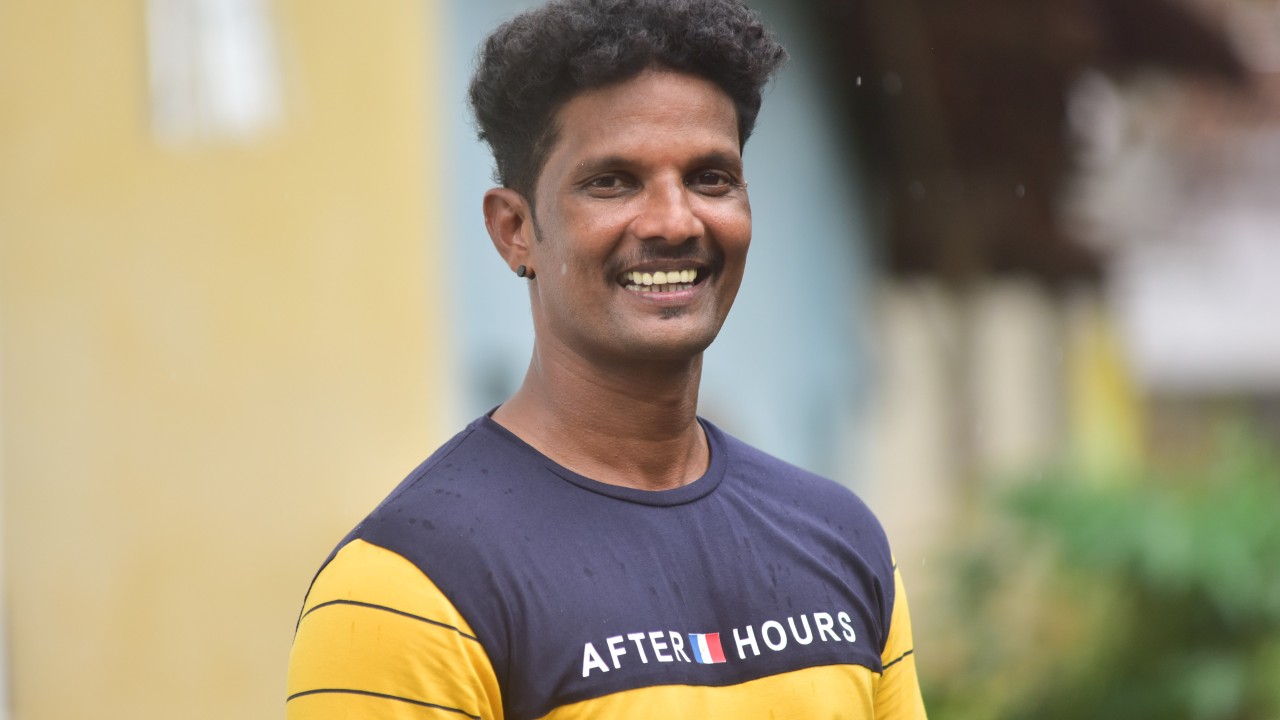 “Wearing a costume is no child’s play."

Desi cosplay for a cause

During the last Sri Janmashtami celebrations, known for its diverse costume parade, the Udupi district administration allowed only Ravi Katpadi (38), a daily wage labourer, to entertain the public with his costume — DarkOne Elite, a character from the video game God of War.

"Ravi’s efforts in raising money to pay for the medical expenses of poor children compelled us not to impose any Covid-19 restrictions on him," Former Udupi Additional Deputy Commissioner B Sadashiva Prabhu informs.

Former deputy commissioner of Udupi G Jagadeesha says their support was nothing compared to Ravi’s hard work and sacrifices.

It is for this reason that a multi-storeyed textile showroom in Udyavara near Udupi throws open its doors only to Ravi during Ashtami celebrations.

Besides contributions collected from the staff on each floor, owners of the showroom also donate a substantial amount of money to Ravi.

For the past seven years, Ravi has donned different costumes from 'Krampus’ (half-goat and half-demon) to a Vampire and that's helped him raise Rs 83.5 lakh.

“The money was utilised to meet the hospitalisation expenses of 43 children,” informs entrepreneur and Ravi’s mentor K Mahesh Shenoy.

Ravi raised over Rs 20 lakh through a crowdfunding platform with the help of Shenoy. This money was utilised to help people like Guruprasad Anchan, 25, who was fighting for his life as both his kidneys had failed.

All for a good cause

There are many who save money in order to hand it over to Ravi during the Krishnashtami celebrations. Ravi says he is sure that he can persuade people to fund the medical expenses of sick children from poor families without having to wear the costume.

But people look forward to seeing him in unique costumes.

Ravi’s passion for costumes goes back to his childhood days when he used to participate in school plays. The second among five siblings, Ravi dropped out of school when he was in Class 9 and did odd jobs for a living. From an awkward teenager trying to learn the ropes of the trade, he rose by the sheer dint of his hard work to become a much sought after fabrication, centring and 'Chinese steps’ (spiral stairway) mason.

A chance meeting with a costume technician transformed his life. The artist used body paint to transform Ravi into Spiderman. The outing enthralled audiences, especially when Ravi showed off his ability to dangle upside down.

For the first two years, he just decked himself in body paint and roamed around the streets entertaining people. It was in the third year he decided to cash in on his passion for costumes for the public good.

In 2015, he dressed up as 'Faun' from the Spanish film Pan's Labyrinth. He donned the costume after he saw a mother's appeal to help save her daughter on a local cable news channel.

After two days of wandering on the streets, 'Faun’ and his friends returned home with Rs 1,04,810. With the money, surgeries were performed on the baby. "Today, on seeing me, the child waves its right hand, something it could barely do a few years ago. The child too wants to wear a costume like me,” Ravi adds.

“Wearing a costume is no child’s play,” informs Gautham, a member of Ravi Friends Katpadi, a fans' association. He is being groomed to be the next costume man.

"After finalising a fantasy character, the materials are collected and the prep begins. During the next two days, Ravi catches a few winks and sips water with a straw to sustain,” Gautham adds.

“Post-show, Ravi suffers for months and has trouble getting back to work as the oil paint, super glue (used for sticking wooden pieces), peels off his skin on the face and stomach while removing the costume,” informs Ravi’s brother-in-law Narayana Sasthana.

Ravi says such sacrifices are unavoidable when the objective is to keep the costume intact and ensure that people get their money’s worth. “My father instilled in me the fundamentals of being humane even in face of acute poverty,” and that is why Ravi continues.

After visiting Ravi's home recently, Captain Manivannan, the district-in-charge secretary, declared, “Ravi is an inspiration to me. Katpadi has shown us that all you need is a will to do good work." Even present Tamil Nadu BJP President Annamalai said that Ravi was incredible and unrivalled. While serving as Superintendent of Police in Udupi, Annamalai had donated Rs 10,000 from his salary to Ravi's cause.

Ravi’s selfless services have been recognised by various organisations. His most memorable moment was getting Amitabh Bachchan to greet people in Tulu language: “Udupi bokka Kudlada Janakleg yenna mokeda namaskara" on the popular Kaun Banega Crorepati 'Karamveer' episode. The prize money Ravi won that day — around Rs 12.5 lakh — covered the cost of surgeries of over five children. 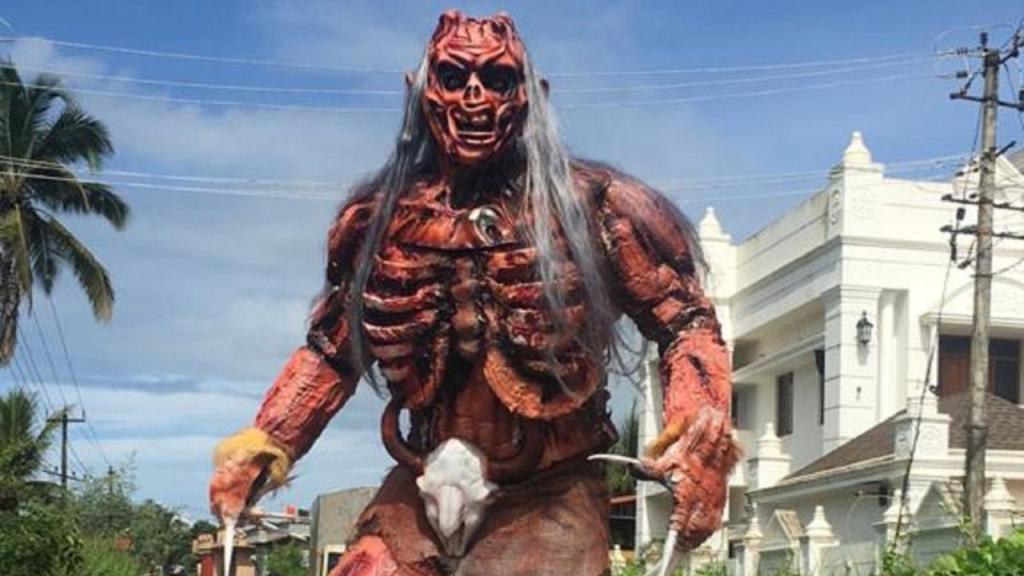 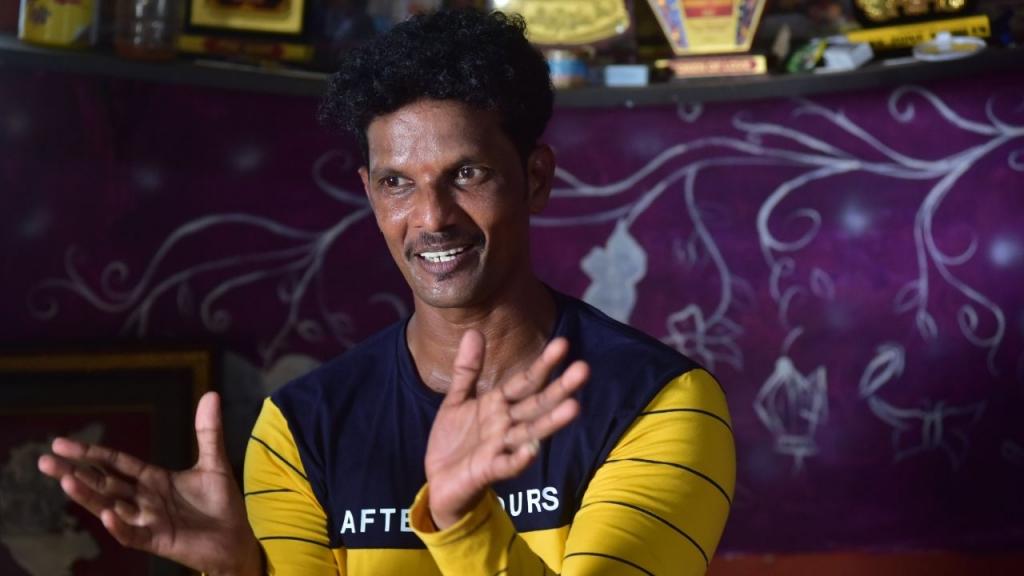 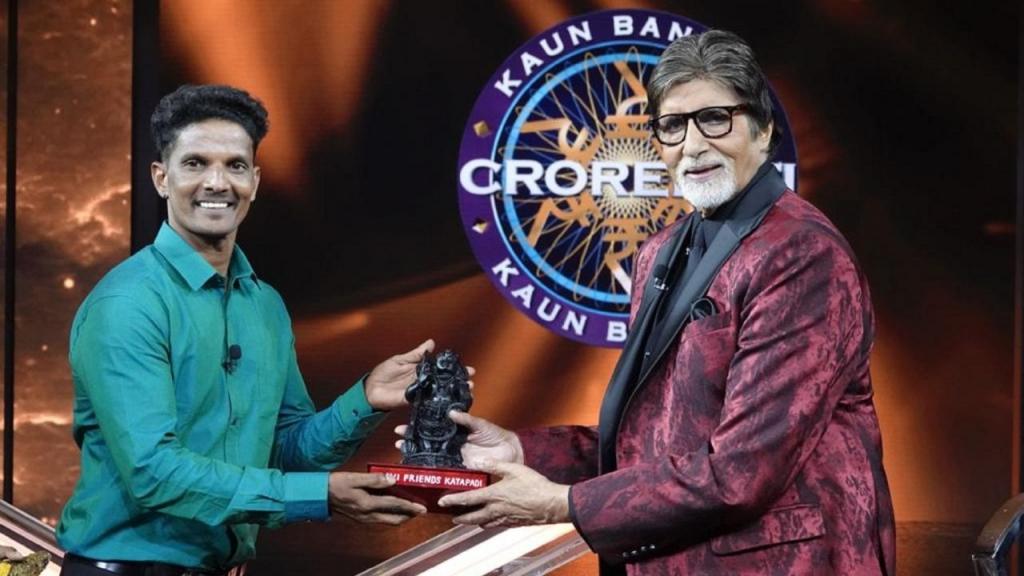