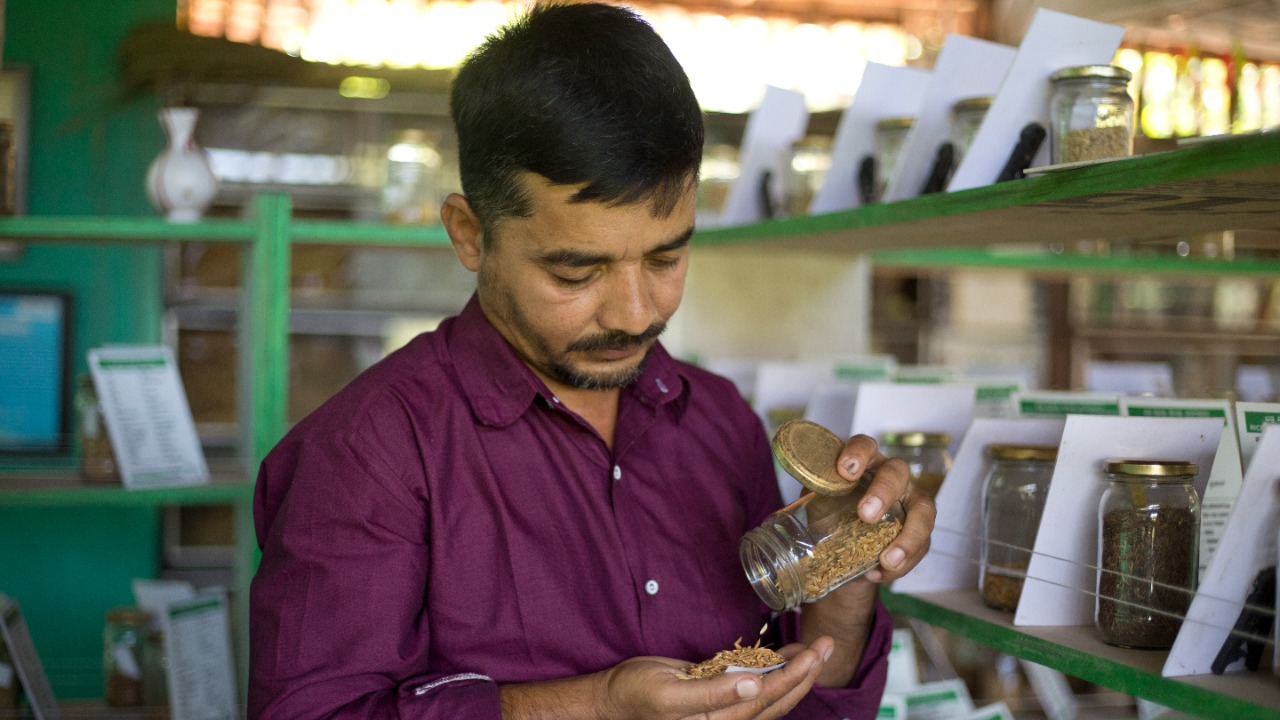 “In the Quran, I was taught that even if you cannot feed yourself well, you should feed others. I did not know if I was doing this."

In a sea of green paddy, Syed Ghani Khan’s field in Mandya’s Kirugavalu village stands out. Walking among purple, grey and magenta coloured stalks of paddy, Khan points out that desi varieties have lost favour over decades of commercialisation.

A brick-red building stands in contrast to the field. This building is home to one of the largest private collections of paddy — 1,350 varieties at last count. Most are native to India, others like the Black Thai Jasmine are heirloom varieties from other countries such as Thailand, Bangladesh, Japan and Pakistan.

Some varieties are rare, like the Rakthashali, which is said to be over 2,000 years old. The near-extinct grain has high nutritive values and is said to improve haemoglobin count.

“This variety is flood and pest resistant. Local varieties have evolved with our ecosystems. We have a wealth of traditional varieties and each has a unique trait - be it surviving during extreme weather events or withstanding pests and diseases. Their high-yielding counterparts require constant care and intensive inputs,” he says.

The paddy diversity museum set up in 2019 is the extension of his efforts in preserving paddy and mango varieties and disseminating conservation lessons.

The museum represents the rich heritage of paddy, telling the story of evolving diets before high-yielding varieties became popular.

Khan has assessed the nutritional profile of each variety of paddy in his collection with the help of scientists. “We have forgotten the nutritional benefits of heirloom varieties. In this context, Khan's work becomes important,” says Shamika Mone, the Research Director of Organic Farming Association of India, of which Khan is also a managing committee member.

Outside the exhibit, Khan has developed a living museum. Here, he grows and conserves hundreds of paddy varieties collected over the last two decades from different parts of the globe. The paddy fields are interspersed with mango trees dating back to Tipu Sultan’s time.

The son of a farmer, Khan was curious about farming since his childhood. Whenever his father gave him a handful of seeds, he would sow them in front of the house, “waiting eagerly for the morning to see if there were any changes,” he recounts.

As a young man, two decades ago, Khan was forced to discontinue his higher education and return to farming, after the sudden death of his father.

In the initial years, he cultivated high-yielding varieties and practised chemical farming. When spraying pesticides on crops one day, Khan grew dizzy.

“In the Quran, I was taught that even if you cannot feed yourself well, you should feed others. I did not know if I was doing this,” he says. Instead of feeding people, Khan felt like he was poisoning them.

That is when he made the switch to organic farming.

Khan says attending the meetings of organic farmers’ collectives like Sahaja Samruddha helped with seeds and information. Such forums also helped him network with like-minded people.

Soon he joined the ‘Save our rice’ campaign, an international movement to conserve paddy.

“Whenever I went on a trip, I would bring new seeds home,” he says.

Today, the museum and the ‘paddy exhibit’ surrounding it have become a centre for learning. Enthusiasts and researchers come here from across the country, and even abroad, as far as Japan, Malaysia and Thailand.

After one such visit, Surendra, a farmer from Ramanagara, transitioned to organic farming. The vast expanses of field and simplicity of organic farming made a deep impression, he says.

Alongside farming, Khan pursued his studies, and did graduation in humanities where he studied archaeology and museology.

“I wanted to become a museum curator,” he reminisces. But there was also an intense attachment to agriculture.

Years later, he is content that he found a way to bring the two worlds together.

Khan’s passion for the museum and organic farming has also earned the admiration of his family. “I help label new seeds and sow them. In the process, I understood what the land was able to give,” says his daughter Syeda Farha Kulsum. Kulsum ended up choosing a degree in Naturopathy, where she gets to assess the nutritional and health benefits of different species of plants.

Syeda Firdouse, Ghani Khan’s wife, makes syrups out of passion fruit and mangoes, prepares tea from hibiscus and helps her husband harvest and store the seeds, and do paddy crafts. “The fields instill a sense of calm in me,” she says.

But the work is not easy. Khan spends Rs 60,000 of his annual income on the paddy museum and other training programmes. He plans to expand the museum to accommodate his growing collection, bring in more farmers and make the switch to organic farming easier. He also plans to introduce urban dwellers to farming through various activities.

“We must feel ashamed actually,” says Krishna Prasad, a co-founder of Sahaja Samruddha. “He is doing the work of agricultural universities, without government support,” he adds. 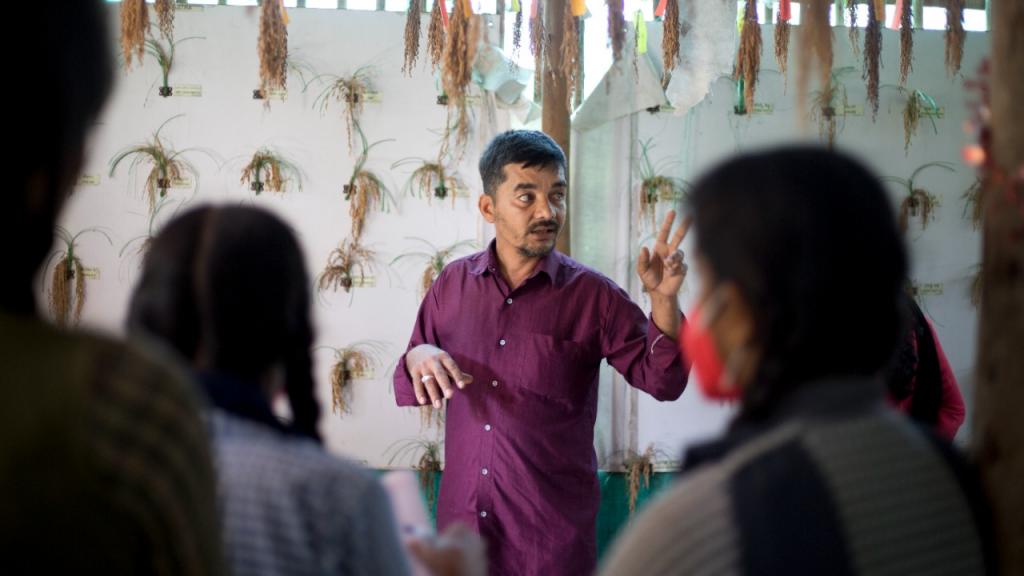 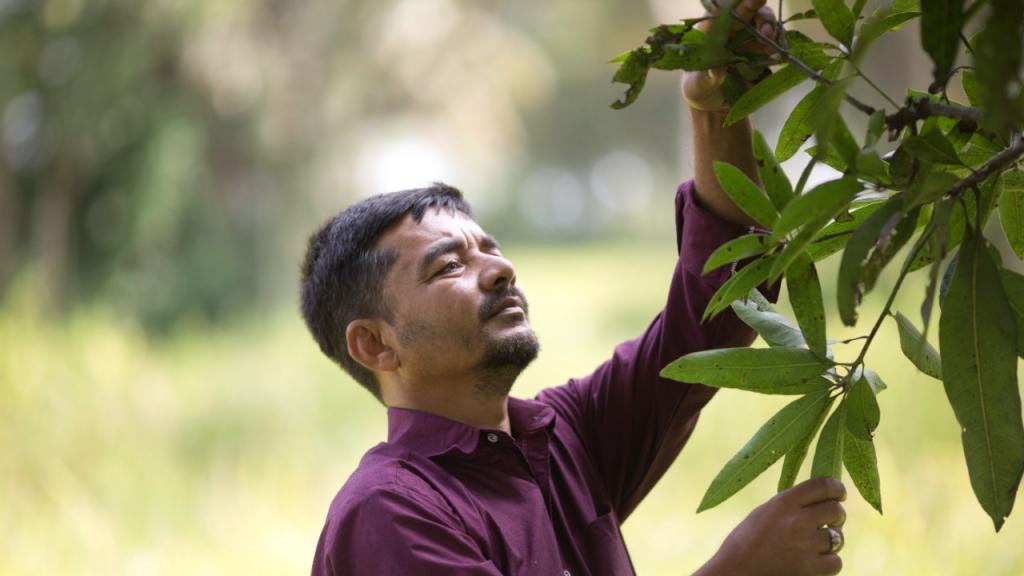 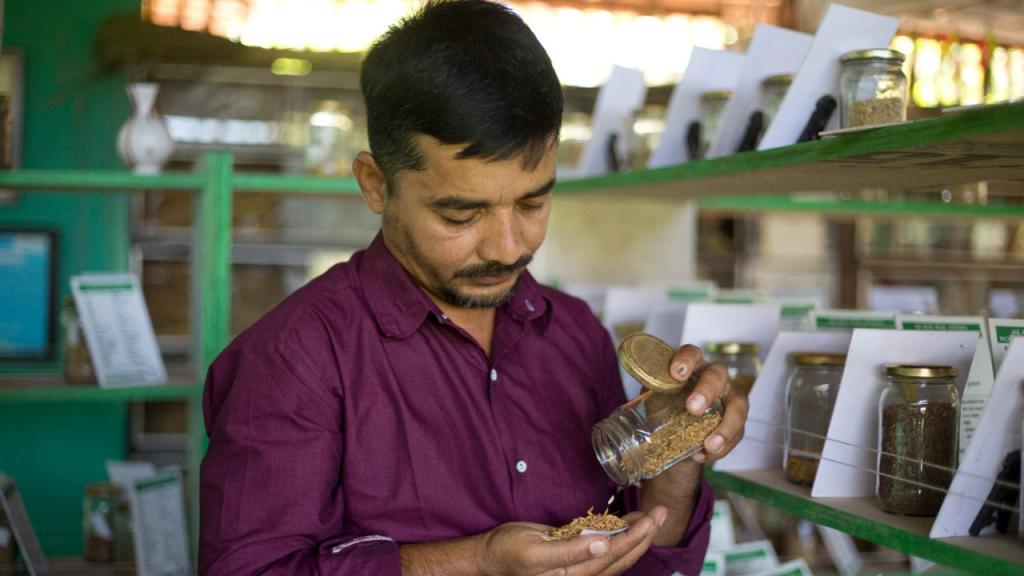