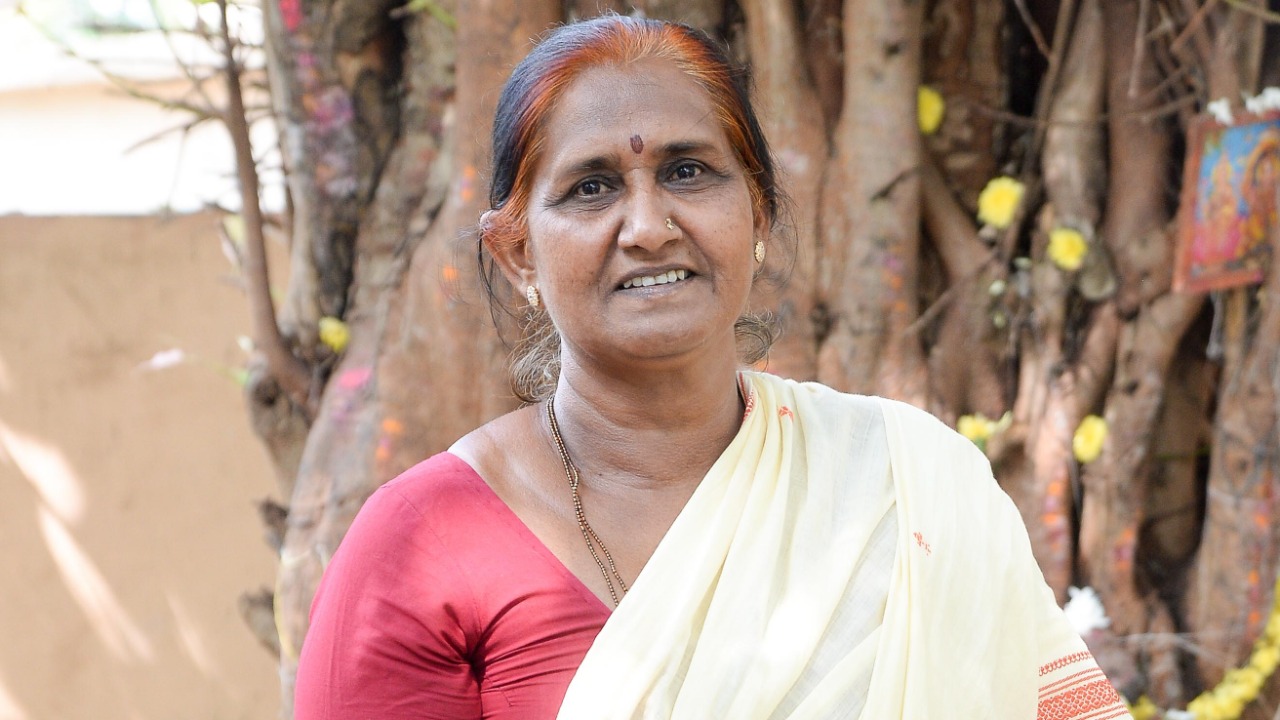 "My family was treated with disrespect and people were not keen to enter into marriage alliances with even my extended family — only because I am a Devadasi."

When T V Renukamma heard of how a Devadasi in Davangere district was being forced to perform the ‘Sidi’ — a ritual where a woman’s back is pierced with an iron hook and she is suspended from a pole — she fought tooth and nail to put an end to it.

The Devadasi system is an outlawed religious practice in which young girls are dedicated to god. They are not allowed to lead a normal life or marry. This regressive system essentially forces women into a lifetime of sexual slavery. And, girls from scheduled caste and scheduled tribe communities are the victims of this exploitative system.

Renukamma (59) knows the trauma of Devadasis too well — she was just 18 when her family dedicated her to ‘Huligemma.’

Born in Sandur in Ballari district, her family’s biting poverty and a ‘delay’ in marriage forced her parents to take the step, believing the dedication would put an end to the family’s troubles.

The family had by then moved to Harapanahalli, then in Davangere and now in Vijayanagara district.

Renukamma was told she cannot marry anyone. She was even asked to go out to beg every Tuesday and Friday. A woman with a mind of her own, she refused. Her problems, however, had just begun.

The Devadasi tag deprived her of the joys of womanhood, making her feel alienated and lonely. She was reluctant to spend time with women of her age group, fearing insult and humiliation.

“My family was treated with disrespect and people were not keen to enter into marriage alliances with even my extended family — only because I am a Devadasi,” she says.

In 2006, a chance interaction with activists of the Karnataka Rajya Devadasi Mahileyara Vimochana Sangha (KRDMVS) founded by social activist and communist leader the late Maruti Manpade changed her life.

Today, she is known for her unrelenting struggle for the rehabilitation of Devadasis and their children. It is no secret how this community of women struggles to lead normal lives with no family support and no steady source of income.

Next, the team demanded a fresh survey, where another 23,787 Devadasis were identified — with Ballari topping the list.

But only those above the age of 45 years were considered and worse, the newly identified women were denied financial aid. “We started identifying such women in all 14 districts and mobilised them for an agitation. The collective efforts forced the government to release a monthly pension to 23,787 women in 2011,” she says.

The children of many Devadasis have never met their father — but the school’s insistence on the information about the father was a source of humiliation.

Following the protests and awareness, schools across the state stopped insisting on the father’s name in applications.

But education and marriage are still a struggle.

Manjamma, daughter of a Devadasi, who is studying SSLC in Harapanahalli town, says Renukamma is like a mother to all children of Devadasis. “When we did not get admission in school or college and even in a hostel, she was there for our help.”

Anjanamma, 55, a Devadasi and a close aide of Renukamma, says, “Earlier, our children and family members were not keen to bear our expenses. When we started getting a monthly pension of Rs 1,500, they started showing some concern towards us. Renukamma's initiative has helped us lead a respectable life today.”

She says, many Devadasis today are earning their livelihood and taking care of their young children through various livelihood activities and Renukamma is their inspiration.

D B Badiger, retired lecturer in a BEd college in Harapanahalli, says Renukamma not only mobilised Devadasis to fight for their rights but also ensured that they are accorded the dignity they deserve.

Jyothi, a daughter of another Devadasi, who is studying in PUC in Harapanahalli, says many children were finding it difficult to apply online for scholarships or residential schools. But Renukamma came to their rescue and ensured they got through.

“Over 600 children in Haranapanahalli taluk alone are going to schools because of her support. Free textbooks and notebooks have been given to children of Devadasis by Karnataka Rajya Devadasi Mahileyara Vimochana Sangha,” she says.

Lalitamma, Padmakka, and Anjanakka, who work with Renukamma, say some families are still practicing the evil system secretly. “When we come to know of it, we rush to the village to stop it. But girls, who are victims of the system, don’t stand with us. We need the support of people from various sections of society, including the police, to eradicate the evil practice.” 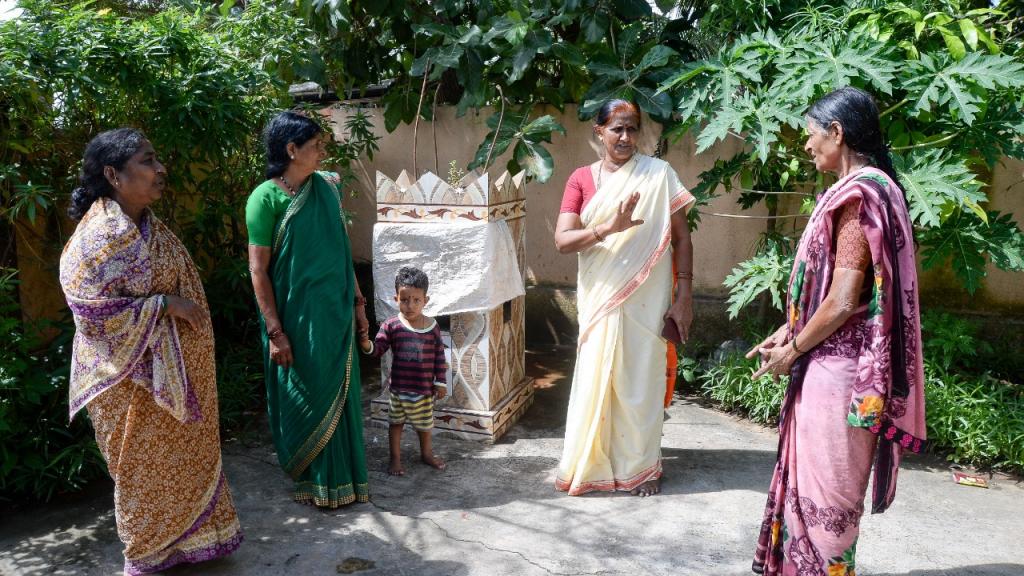 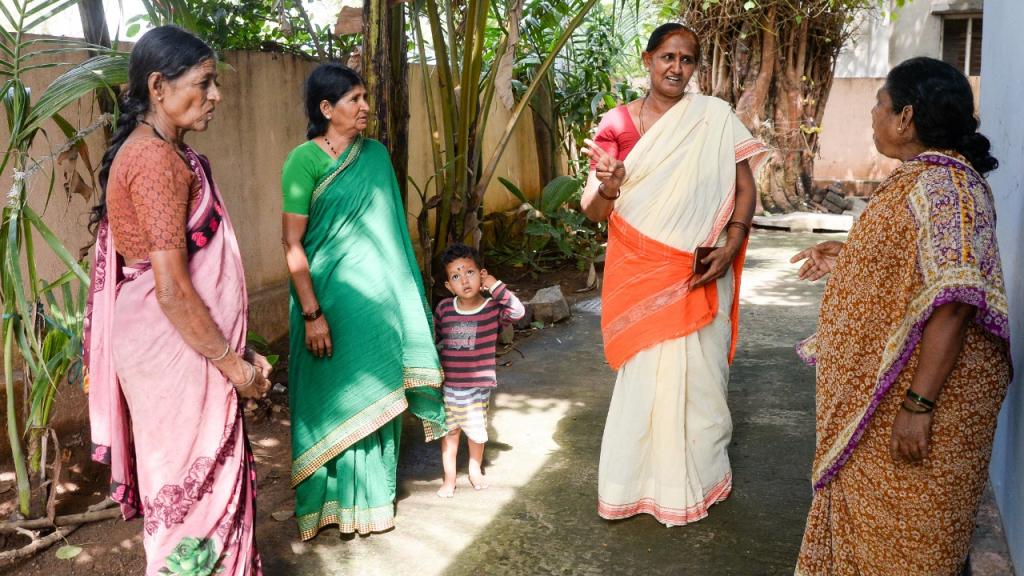 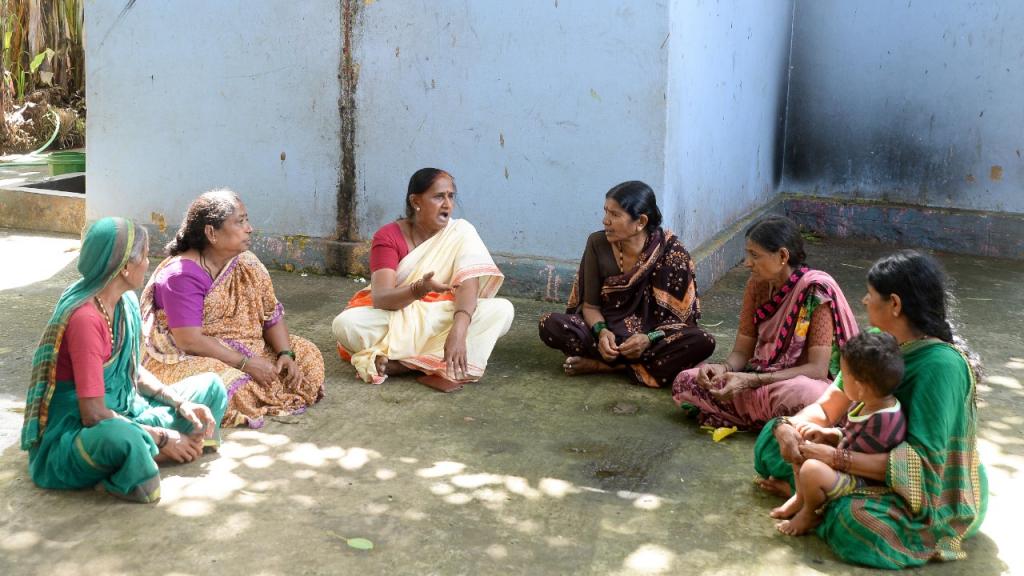 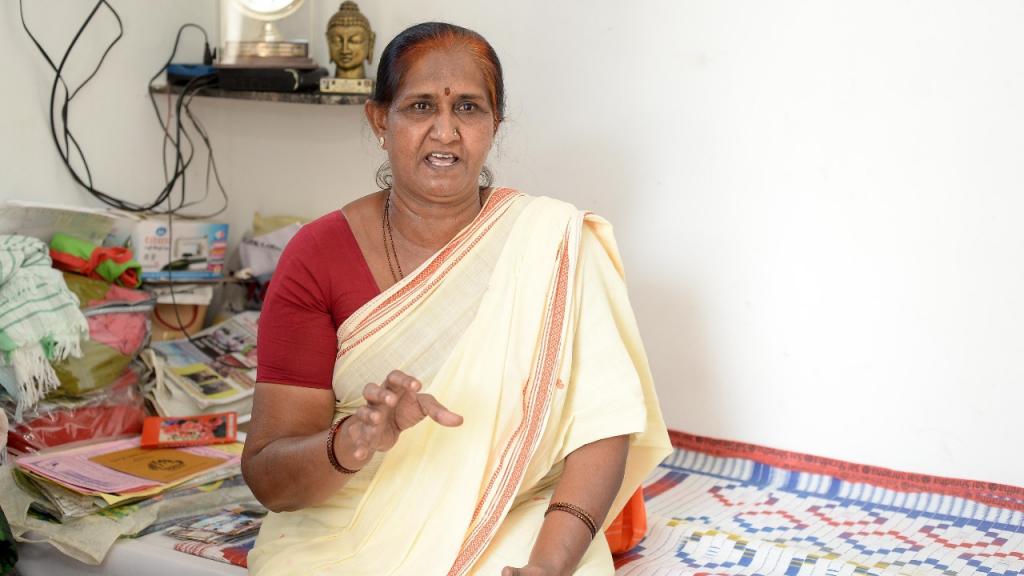